“The happiest day of my life…” 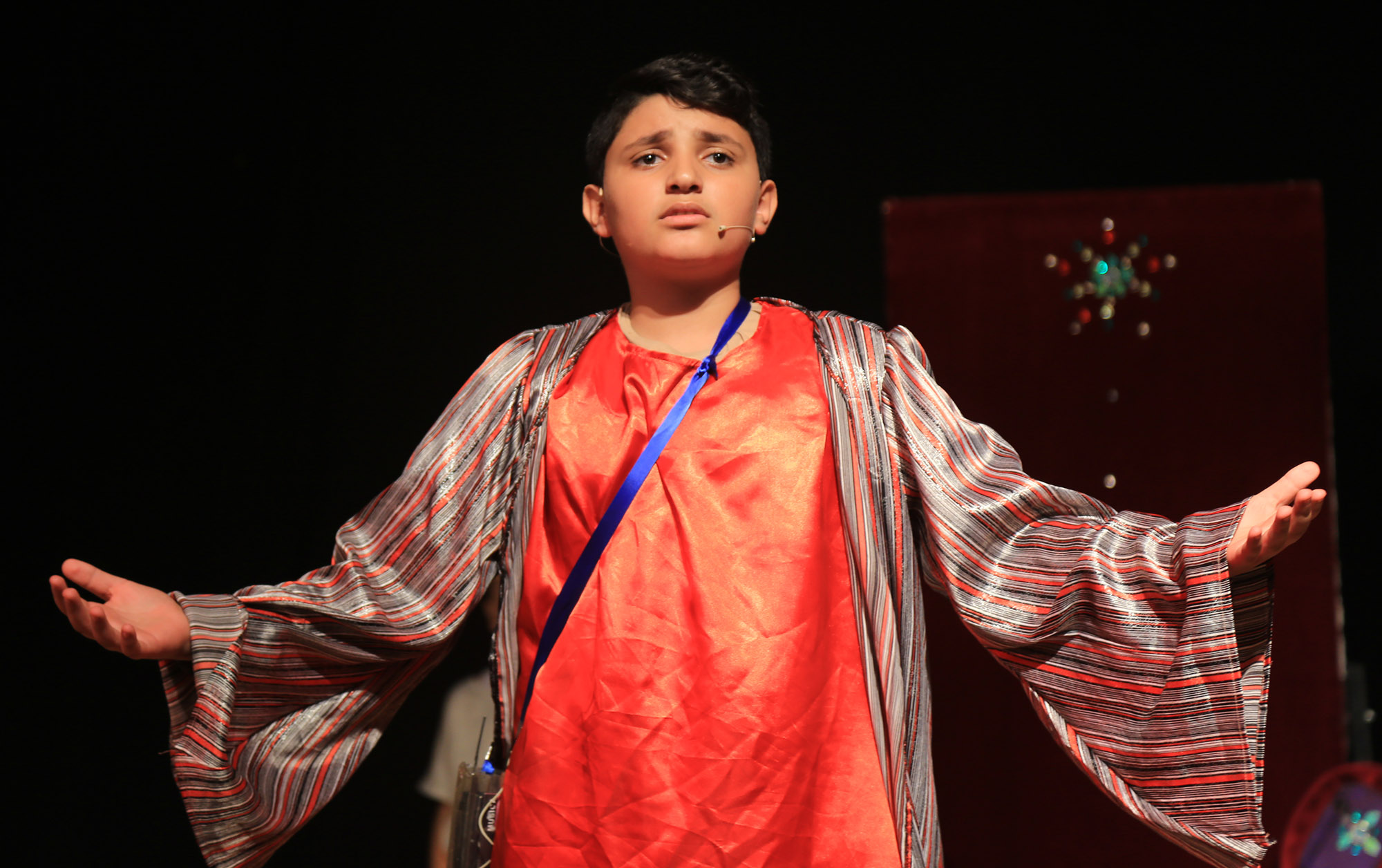 Yaser Esaa, 14 years old, has taken some confident steps toward his dream and his interests in drama and acting. Yaser, who lost his father during the 2008/09 assault on Gaza, joined the Mustaqbali program when he was in grade 1. Now in grade 8, he works hard at his studies. Since 2009, Mustaqbali has been helping him to grow up with his dream and passion, giving him opportunities to be creative and to demonstrate his talent.

His life has improved with the services provided by Mustaqbali, and after he joined the program’s remedial education lessons he has shown continuous improvement. His recent overall result at school was 83%, comparing with the previous year when it was 78%.

The program also provides supportive psychosocial activities that have positively affected Yaser’s progress and his attendance at his lessons and drama classes.

“Remedial education has helped my son a great deal, as it has the other Mustaqbali children. Yaser is so happy and committed to these activities and he loves the trainers and the program team!”, said his mother.

Yaser has also participated in expressive arts activities such as creative writing and traditional arts and folklore. He has been on cultural tours and trips to historic sites that have contributed to developing his skills and self-confidence. “My character has improved. I feel strong from inside. My talent is for acting and photography. I bought a camera after I took the photography course and in the holidays I spend time improving what I can do!”, said Yaser with a grin.

Recently, Yaser acted a major role in a play called “The Wonder Box” that was performed at the Red Crescent Society theare in Gaza at the closing ceremony after 8 years of the Mustaqbali co-curricular project. After intensive rehearsals, Yaser gave an amazing performance, as did the other actors who are just as interested in acting. He said, “It was the happiest day of my life when I performed in front of the audience. I was the chief of the servants in the kingdom, and my sister Siwar also took part as the princess!”

The Mustaqbali program is a holistic 22-year initiative that empowers orphaned children with the skills and provides them with the opportunities necessary to lead healthy, independent and productive lives.