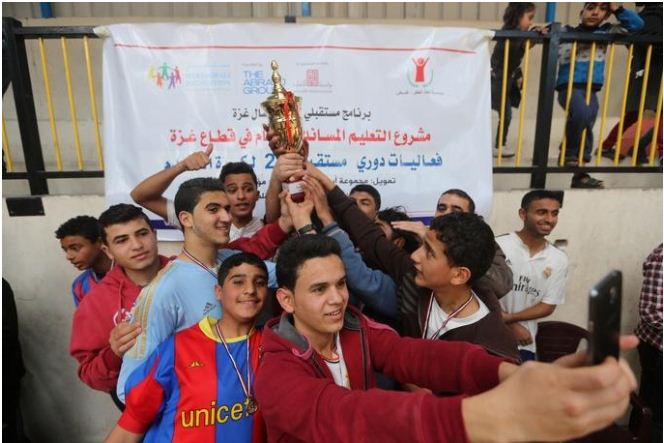 There is a certain type of pleasure that children can only derive from sports. To contribute to the happiness, health and well-being of Gaza orphans, we partnered with the Abraaj Group and the Save the Children Palestine Society in organizing the Mustaqbali Football League.

At the start of the tournament, held at the Nusairat Sports club, children were split into eight teams, each one representing a different Mustaqbali partner.  The tournament itself was an exciting experience not only for the children themselves, but also for their families and teachers.  Results were close and the competition was fierce. The final match between Albait Alsamid and Jabalia Center for Rehabilitation ended in a 2-1 win for Albait Alsamid. At the end of an invigorating day full of activities, the 12 best players in the championship were selected to form the Mustaqbali team. The team will receive further training to participate in other local tournaments. 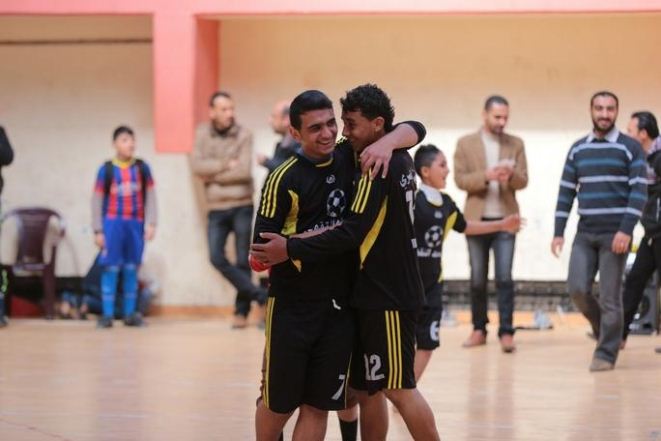